Less Than Three Press is having their sixth anniversary! There are three things happening:

And finally, the flash sale, which is what I’m here to tell you about today! Each day of April there will be a new book on for 50% off. I’m not allowed to tell you when all the books are going to be available, but Sasha has promised not to smite me if I tell you that:

A Touch of Mistletoe will be 50% off April 2nd! It’s a cute collection of Christmas stories about people falling in love with the help of mistletoe. What do you mean you don’t want to read about Christmas in April? Of course you do. 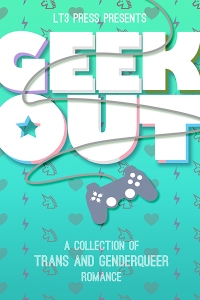 Geek Out (the whole collection!) will be 50% off April 8th! This collection is absolutely fantastic and like, groundbreaking and stuff. It features a whole bunch of diverse stories about trans (including genderqueer) characters, and a lot of the authors are trans too, which is awesome. Just a really great collection of stories that I wholeheartedly recommend.

To Summon Nightmares will be 50% off April 12th! This is a pretty good book, if I do say so myself. ^-^ It’s gotten some pretty awesome reviews, including one by KJ Charles (which I’m still squeeing about, lemme tell you.) It’s creepy and dark, but also full of magic and an adorable trans main character, and basically you should read it. But like, don’t let me tell you what to do.

If you follow me on my twitter or tumblr, I’ll be squawking about them closer to the dates too, to remind you. Also follow LT3’s twitter, facebook and tumblr to keep up with all the other flash sales! (Wow that was a lot of links. This blogging thing is hard, guys.)

Aaaand I think that’s it! Thanks for reading. Go forth and buy many books!

But first, look at this picture of my cat: 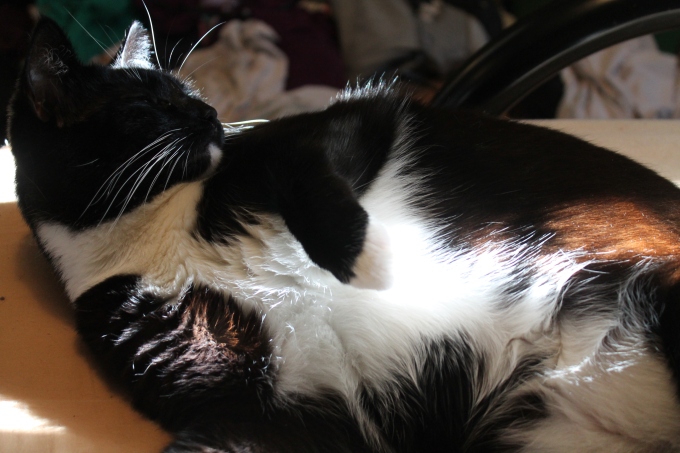