This morning I was sitting in bed drinking tea and reading through Twitter, as I do, and I came across this post by Chuck Wendig talking about self-promotion, followed by  this tweet by Sara Megibow: “#1 mistake I see in publicity campaigns is blog mania the month of book release and crickets two months later.”

I realised that I’m totally guilty of this, as I haven’t posted a blog post in the two months since my book came out. “I want to write a blog post,” I lamented to the bf. “But I have nothing to write about.”

“Well,” he said, “why don’t you take pictures of the cat posing with your books and post that?”

So, without further adieu, my cat, Sapphira, who liked posing with my books so much that she sat on one of them.

Every third generation, on the eve of his eighteenth birthday, the eldest son is blessed with a fairy’s gift. His entire life, Marcus has been told that he is that fortunate son, and he has waited with mixed feelings for the day to arrive.

On the eve of his eighteenth birthday, he is indeed visited by a fairy. But that fairy is a stunning man, nothing like what Marcus expected, and the only thing more shocking is the gift he bestows. A quiet, ordinary young man, Marcus suddenly finds himself blessed with the gift of Seduction.

It is a gift that will lead him down all new roads, into dangers and worlds he never predicted. It will lead him to a place he never thought to be, and to someone who is far more than meets the eye…

She was also interested in my copy of my friend Alex Powell‘s book Rangers Over Regulus!

Liberty is a vampire living on a space station where those who seek to avoid the government always land, and spends his days working for the assassin who runs the place. Life is as peaceful as a colony of thugs at the edge of civilization can get. Then a Ranger shows up…

Obviously she took to her role as book model beautifully! 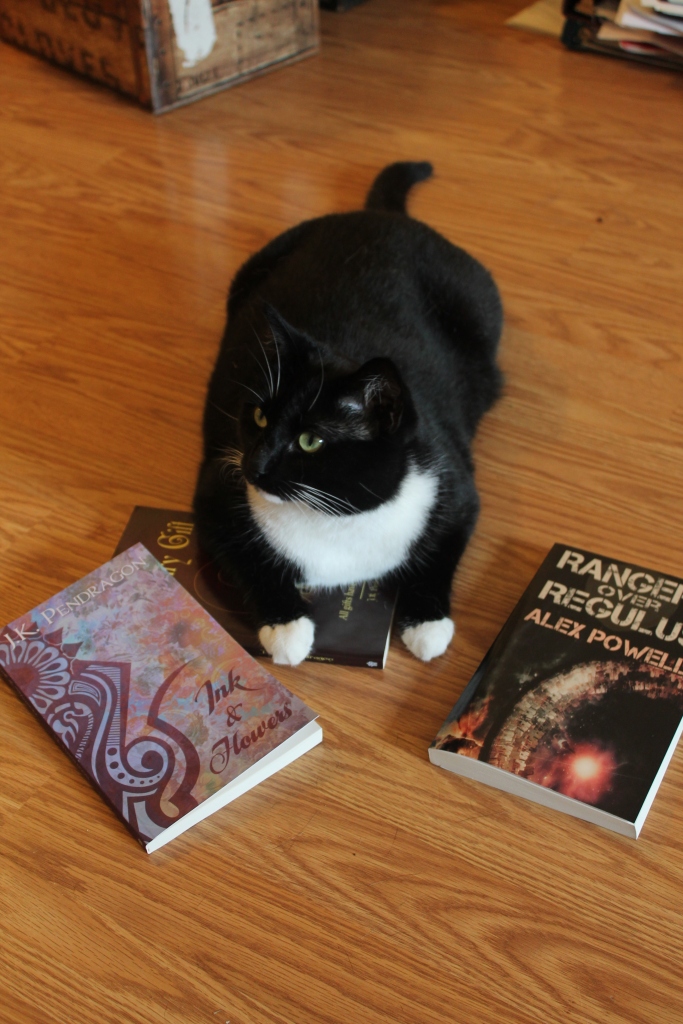 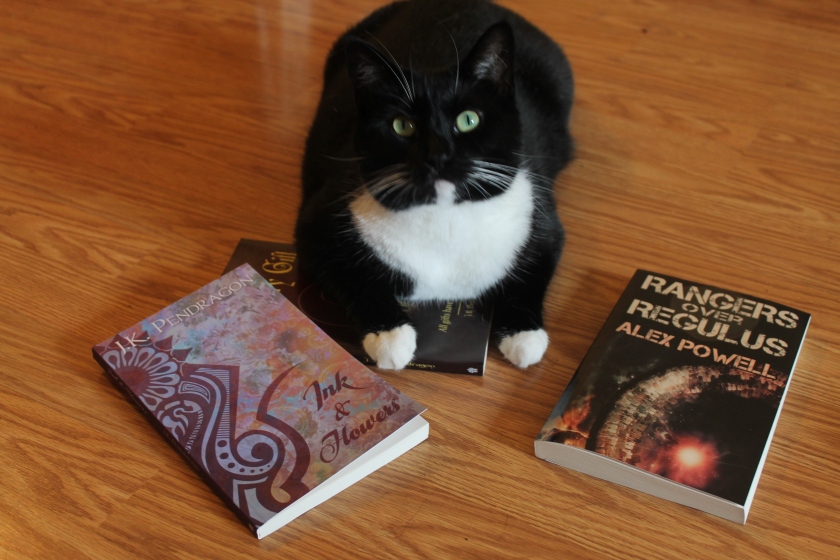 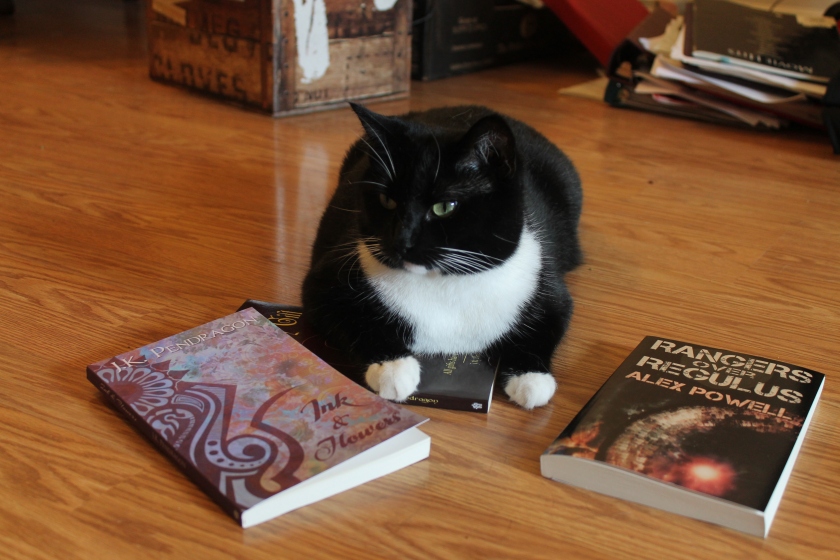 That’s all folks! Thanks for humouring me while I post pictures of my cat on my website, and also for checking out my books!