What a question! So much happened this year, not all of it good. I struggled with depression and anxiety, and for a few months I didn’t do any writing or social media, and considered whether or not writing was actually something I wanted to do. In the end I came back to it, of course. Because I didn’t really wanted to quit. I just wasn’t sure if I could do it. I’m still not sure if I can. Being online, putting myself and my work out there, it’s incredibly stressful and hard on me. But it’s also incredibly rewarding and meaningful. So I’m keeping on.

Mental illness is so often invisible. You fight, sometimes every day, just to be at the level of normal that other people take for granted. But I know that I’m not alone in this either, since so many authors struggle with things like depression and social anxiety. For all the drama that goes on in the online publishing community, I still get to feel like I get to have a community of people who understand me and support me, and that’s pretty amazing for me.

Anyway, despite all the down moments, 2014 was still pretty awesome. I feel like I became more confident in myself, especially in my gender identity, and I continued to put myself first and try not to feel guilty for doing what I need to to make myself happy.

I had two books come out this year! Ink & Flowers in June and To Summon Nightmares in November. The positive critical reception to them has been wonderful! Both of them are on a level of quality that I don’t think I could have achieved in years past. I really feel like I’ve improved as an author, and to know that I’m constantly improving and becoming more and more able to tell the stories that I want to tell is really rewarding. I also did a lot of writing this year, and, as a “LGBT author”, I’m making an effort to 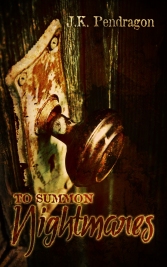 All in all, my life is pretty good. I have a wonderful partner, and a stable job, and a place to live with enough food to eat, and a little bit of money left over. I got to take a couple trips into Vancouver earlier this year, one to see Wicked live, which was totally on my bucket list, and one to go to the Pride Parade! I haven’t been able to make it the last few years, so it was absolutely lovely to be able to go and have that sense of community and support that you don’t really get in a small town.

So, plans for the new year:

Keep on writing! I’ve found that there’s real value in pushing myself to continue, even when I don’t feel like it, although I’m going to have to keep my mental health in mind and take a break if I really need one. I just started a m/m superhero story that I think is going to be fun to write. It insists on being about t

eenagers though, so when I do finish it, deciding what to do with is going to be a challenge. But I’ll deal with that when I come to it. After that is a blank slate, but I hope to be able to get Skylark Tower and Witch, Cat and Cobb published sometime next year. Double Take is also coming out in January, which will be a lovely start to the year.

With luck, the bf and I will be able to get a mortgage in the new year and buy our own condo sometime next year! So that’s where the majority of our $$$ will probably be going, although I do want to get another tattoo, since I didn’t get one this year. Oh, and I’ll be travelling south to Seattle to attend the Gay Romance North West convention! My first author convention, and I’ll finally get to meet a bunch of people that I’ve known on the internet for years. I’m one part excited, and one part terrified, with a dash of absolute panic about the whole thing, but I do think it will go well. Which reminds me, I need to get a passport.

Anyway, if this post comes off as a little bit discombobulated, it’s because I’m still recovering from this! 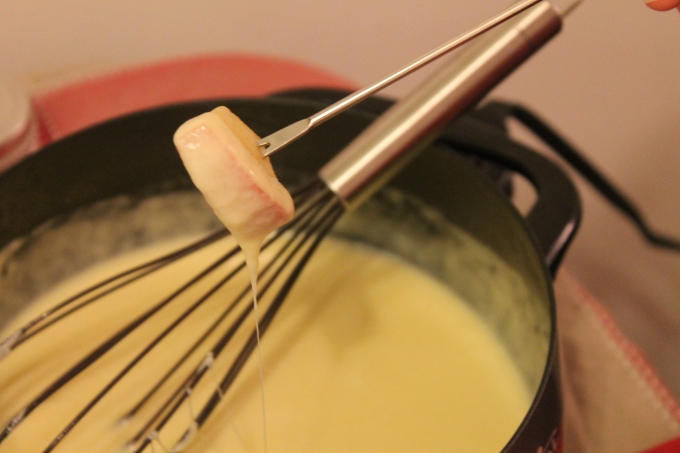 Christmas fondue! It was lovely! See my tumblr for more photos. I also got some wonderful presents, including a freaking awesome Spider-man mug. (My love for Spider-man runs deeeep.)

So here’s hoping everyone had a very merry Christmas, and wishing everyone best of luck in the New Year! Love you all!

Wouldn’t be complete without a kitty photo, of course!